The Gabriel synthesis transforms an alkyl halide into a primary amine via a two-step process.

The Gabriel synthesis transforms an alkyl halide into a primary amine via a two-step process. Follow the directions below to draw the initial mechanism and final products. Draw curved arrows to the next step. Draw the missing nonbonding electrons, charge and curved arrows. The first three steps are correct. I am unsure about how to complete the final step.

It is clear from the above path that the phthalimide acts as a nucleophile and attacks the primary alkyl halide in the SN2 path way, where chlorine is the leaving group.

The given alkyl halide is drawn below and the expected Gabriel synthesis product is also drawn below.

The curved arrow mechanism of the reaction is drawn below.

It is clear from the above curved arrow mechanism that the whole reaction represents the Gabriel synthesis process since reagents used in the reaction are phthalimide and hydrazine.

The given mechanism is represented as follows:

1.The first step of the mechanism indicates the abstraction of a proton from phthalimide by using a strong base (potassium hydroxide).

2.In the second step, phthalimide (nucleophile) attacks the alkyl halide in SN2 pathway.

3.The third step represents the formation of the primary amine, which is not shown in the mechanism.

The products are drawn below for the final step of the synthesis.

The curved arrow mechanism for the final step is drawn below. 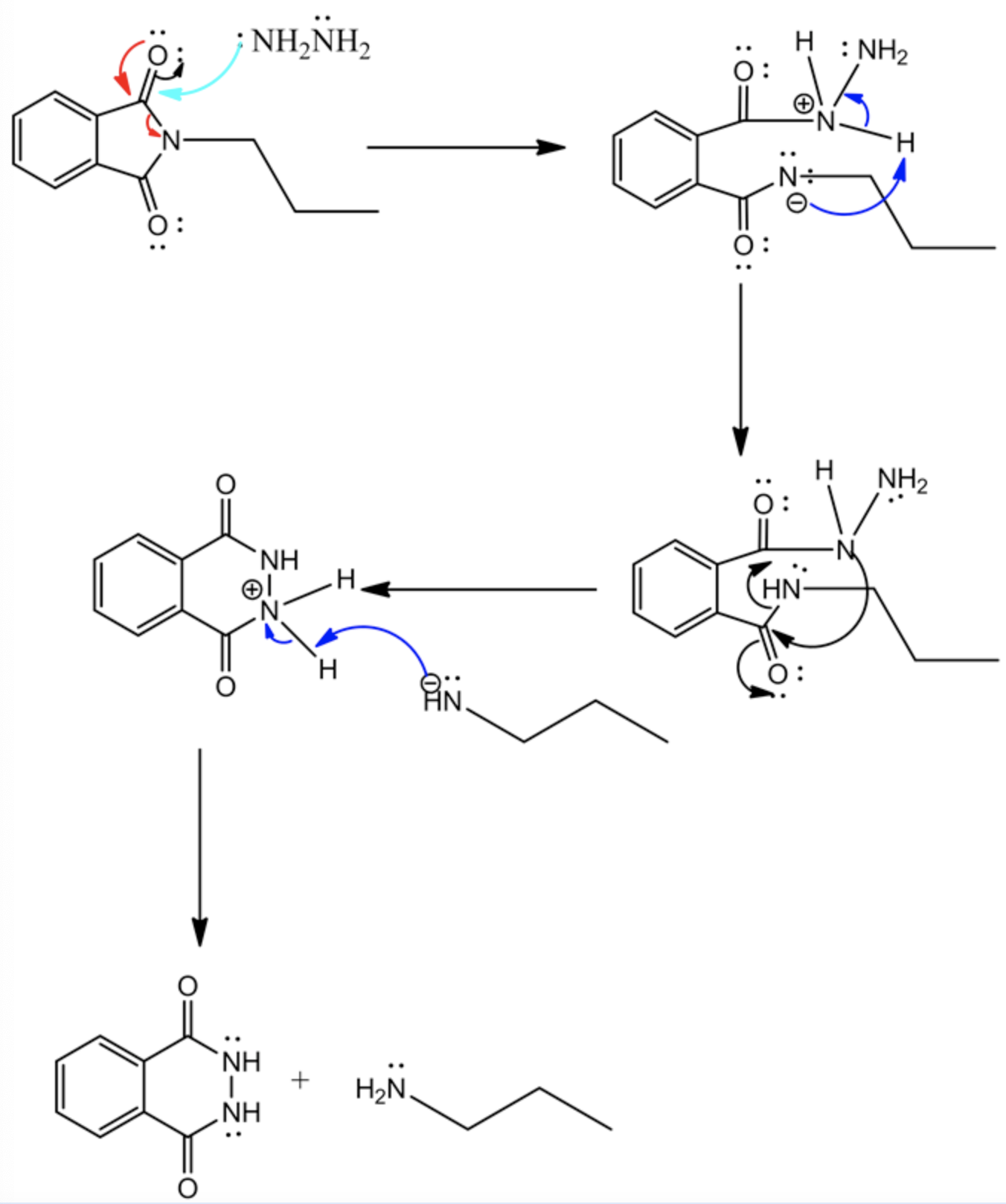 The major product during the Gabriel synthesis process is drawn below.

Step: 1: The hydrazine acts as a base and attacks the electrophilic site thereby ring opening occurs.

Step: 4: The anion abstracts the proton which leads to the formation of a final product.

The major product during the Gabriel synthesis process is drawn below.

What is the primary function of Dynamic study modules?
If the magnet moves as shown in the diagram, the primary flux through the coil
Drag each label into the appropriate bin depending on whether it applies to primary, secondary, tertiary, or quaternary structure
Primary amines can be converted into secondary amines by reaction with haloalkanes. This reaction is difficult to achieve in the lab because of the large number of byproducts.
Two dimensional dynamics often involves solving for two unknown quantities in two separate equations describing the total force.
The figure shows a combination of two identical lenses
Two fundamental types of cells are known to exist in nature:
The Fischer esterification mechanism is examined in the following two questions in the assignment.
Two identical metal spheres A and B are connected by a plastic rod.
There are two properties that affect the conduction speed of an action potential along an axon
Subjects
Latest Questions