Which of the following occurs as a result of an abundance of tryptophan in E. coli?

Which of the following occurs as a result of an abundance of tryptophan in E. coli?

A.The leader sequence is not transcribed.

C.Stalling of the ribosome at trp codons in the leader sequence

D. The 5 trp genes (TrpA - TrpE) are transcribed, but not translated.

An abundance of tryptophan in E. coli inhibits the expression of trp-operon genes (stops the transcription). This mechanism is called repressible negative gene regulation.

The Trp operon is a negative repressible feedback mechanism. The repressor for the trp operon is produced by the trpR gene situated upstream to the promoter. trpR gene is expressed continually at a low level. This produces a monomer of repressor proteins, which are in an inactive state.

Attenuator RNA has four short sequences 1-4, forming 3 distinct secondary structures: 1-2, 2-3, or 3-4. The formation of a 2-3 stem-loop structure works as an antiterminator form, while a 3-4 stem-loop works as a terminator form.

The production of a protein from an mRNA sequence is known as translation. Ribosomes bind to mRNA and recruit tRNA molecules bound with tRNA specific amino acids. These tRNA have anticodons that are complementary to the codon sequence of mRNA. Ribosomes from peptides bonds between amino acids, thus forming a peptide-protein sequence.

The adjoined picture below shows repression of trp-operon under high tryptophan concentration. 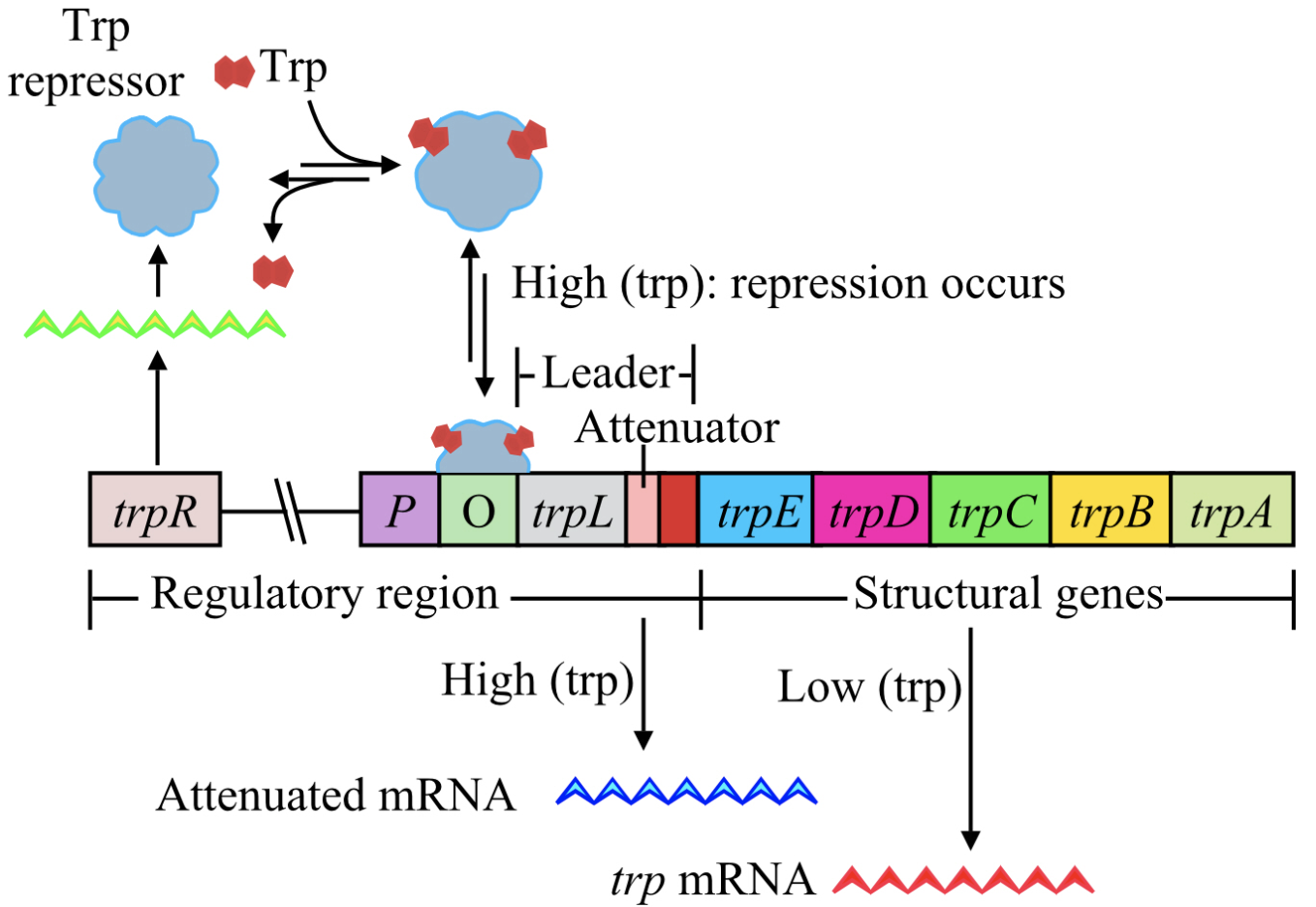 Thus, the correct option is (B) The 5 trp genes (TrpA -TrpE) are not transcribed.

The correct option is (B) The 5 trp genes (TrpA -TrpE) are not transcribed.