Which is the correct name of the following molecule?

Which is the correct name of the following molecule? 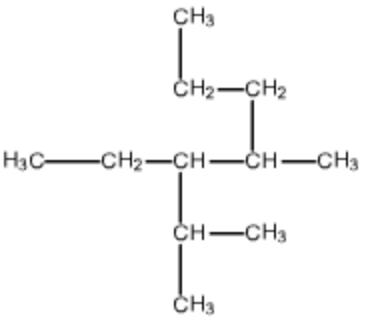 This problem is based on the concept of IUPAC nomenclature. IUPAC stands for international union of pure and applied chemistry. IUPAC has given a nomenclature to name the organic compounds. The IUPAC name consists of three parts: root name, prefix and suffix.

The given structure of the compound is shown below. 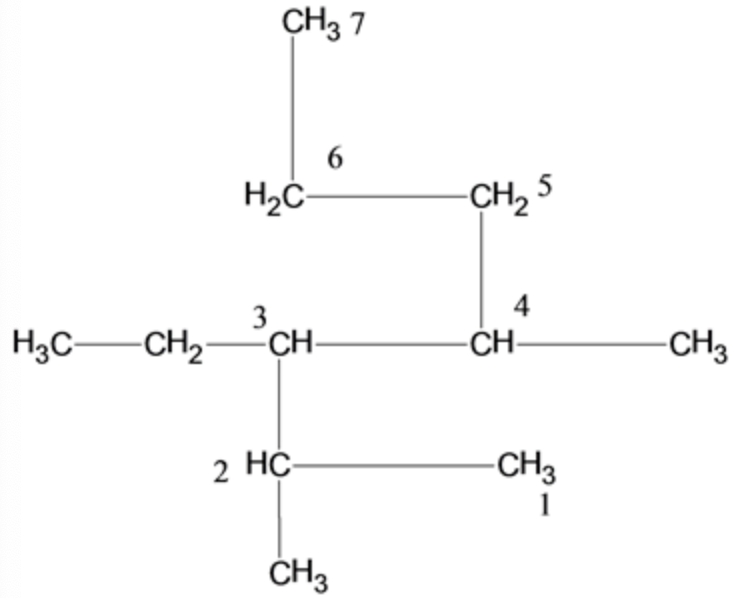 The root name is hept.

The longest chain has seven carbon atoms. So, the root name for the given structure is heptane. Select the longest chain such that, the substituents have the lowest numbers.

Three substituents are present on the longest chain. They are two methyl groups and one ethyl group. 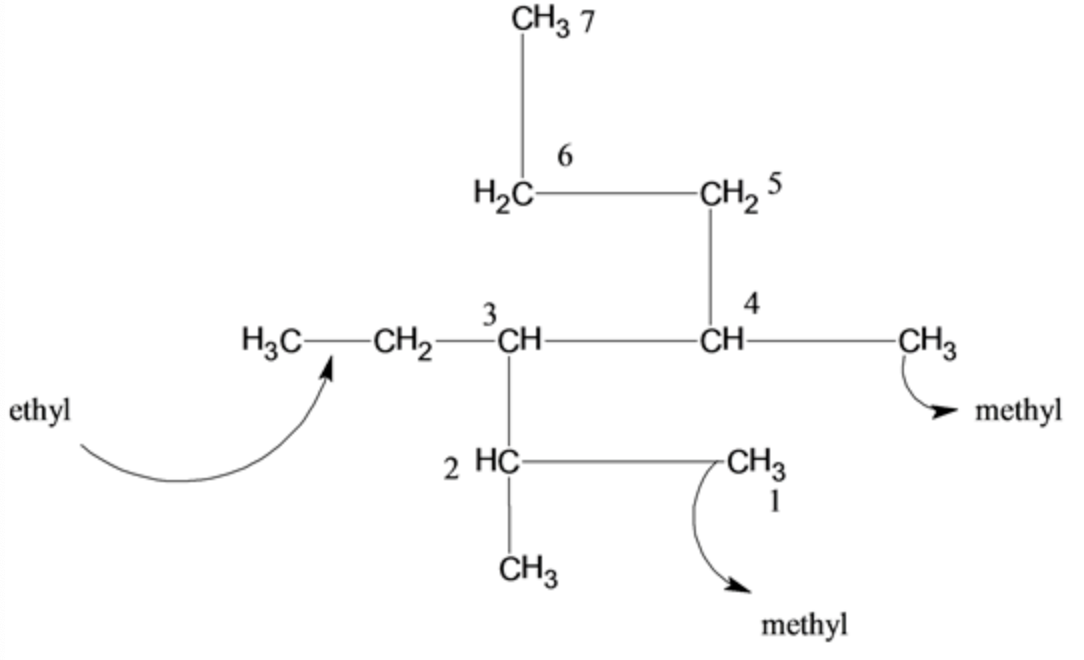 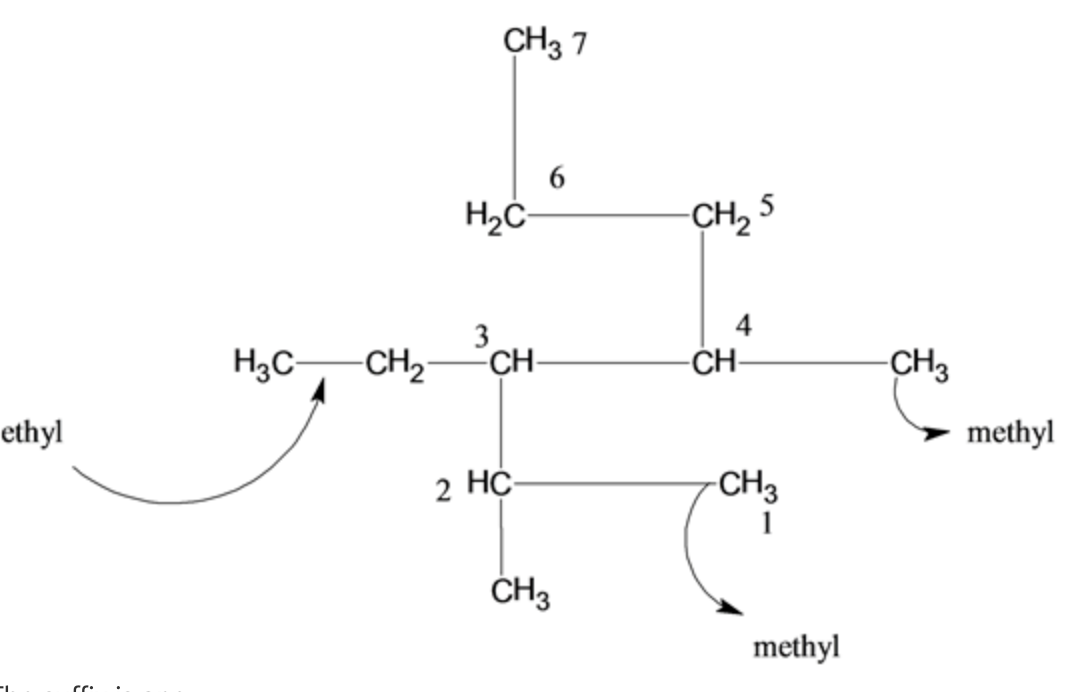 The suffix is ane.

The IUPAC name of the given structure is 3-ethyl-2,4-dimethylheptane.